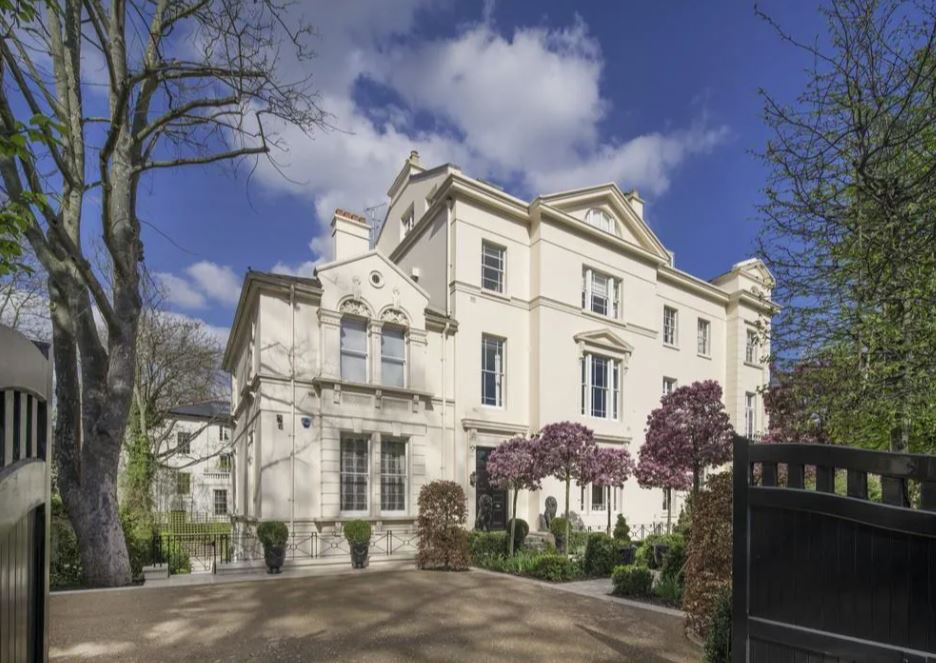 You would be forgiven for anticipating a drop in London’s luxury property market for 2022. Yet the data for London property sales for the first six months of the year might surprise you.

Despite the catalogue of recent global events which have seen us lurch from the pandemic to the financial crisis then the war in Ukraine, London’s luxury property market has seen sales increase dramatically this year.

In fact, it’s fair to say sales of super- luxury homes in London valued at £5 million or more have boomed.

Here’s why prime London has experienced record-breaking growth in the first 6 months of this year.

Why Prime London Continues to Defy The Odds

Data from Savills has found luxury property sales for Q1 and Q2 of 2022 reached a record-breaking £3 billion.1 The impressive figure outperforms sales recorded for any other year. The homes in question refer to super-prime London properties valued at £5 million or more.

Situated in superior central London locations, such as Mayfair and Knightsbridge, houses and flats in these historic west London postcodes are in high demand.

As an example of the capital’s fortunes, The Evening Standard cites sales recorded by property service LonRes for homes such as a 12-bedroom mansion on Belgrave Square close to Harrods which sold for £90 million, and a property on The Boltons in Chelsea which was snapped up for a cool £42 million.

For Q1 alone, sales for central London properties valued at £10 million or more grew by 41% in comparison to the previous year’s total for both Q1 and Q2 sales combined.3 The figure represents the purchase of 89 super-prime London homes valued at £5 million+.

By the end of Q2, record sales pertained to an enormous 294 super luxury homes in central London. To put the numbers into perspective, compare the total sales for the first six months of 2022 with 2019’s total of 309 central London residences for 12 months and it’s easy to see how well London’s luxury property market is performing.

Bearing in mind the Ukraine war began in February 2022 accompanied by rising living costs, such a quick rate of growth for Q1 and Q2 is significant.

Soaring prices for food, energy and petrol twinned with the freezing of Russian assets and the deterrent of harsh Covid restrictions for travellers from the Asian continent on their return home were all predicted to negatively impact London’s property market for 2022.

Yet the data shows super luxury property in London is more resilient and attractive than the experts thought.

Proof that around the world, England’s famous capital is still considered a fail-safe investment. Legendary locations, such as St John’s Wood and Hampstead have the longevity necessary to reassure buyers worldwide, they’ll remain a secure safeguard despite changing economic conditions, such as spiralling inflation.

According to Savils, returning London residents who flocked to the countryside during the pandemic are expected to grow prime London’s rental values by 12% by the end of this year, rising to 18.3% by 2026.3

Since the beginning of Q1 a fast-growing number of returnees have flooded back to the capital, seeking once again, its unrivalled amenities and a base close to their place of work. From Knightsbridge to Hampstead, there is an enormous surge in people who want to live and work in the capital’s best postcodes.

Writing in The Telegraph, Karen Noye of wealth management firm Quilter suggests with ‘our lives ‘getting back on track and the fear of further restrictions over, people naturally want to be back in the capital, enjoying all it has to offer, including, crucially, more job prospects.’

Though employees were ordered back to the office at the beginning of the year, many had already found the novelty of country living had worn off. For others, planned rural moves were abandoned when the reality of what they would be giving up set in.

Talking to The Telegraph, Rhys Cash, 45 exemplifies the experiences of numerous returnees when he says: ‘we realized how spoilt we were …we are in walking distance of a million shops and restaurants, and my office is just around the corner’.

Instead of moving to the countryside as he originally planned, Rhys and his wife decided to buy a larger home in London when Rhys’ boss requested his return to the office. 4

Scenarios like Rhys’ have seen record numbers registering with luxury London estate agents pushing figures up 71% higher than those for 2019. 4

The Evening Standard reports the deluge of workers returning to London offices alone has seen house prices rise to their strongest position for the last 6 years, producing the fastest increase in sales since 2016. 5

Such a large number of interested parties means rentals in London’s finest postcodes will move quicker than ever.

Why Luxury London’s Boost Could Benefit You

Yet there is more good news to be had because though the market is hot, prices remain a profitable investment.

Although the market is strong, there were somewhat less numbers of buyers from overseas for Q1 and Q2, particularly from the Asian continent. However figures show overseas buyers are beginning to return in increasing numbers. With Hong Kong, Singapore and the US’ currency performing well against the pound, this trend should continue.

Speaking to The Telegraph, Mark Harris of SPF Private Clients reiterated this point when he stated that a ‘general lack of supply continues to fuel price increases in London, coupled with the weak pound which is fuelling international investment. 4

Whilst properties are moving quickly, Q3 could still prove an opportune time to buy before overseas buyers are back in full. However, larger numbers of UK buyers mean transactions are completed quicker because they don’t involve the borrowing that’s usually part of overseas transactions.